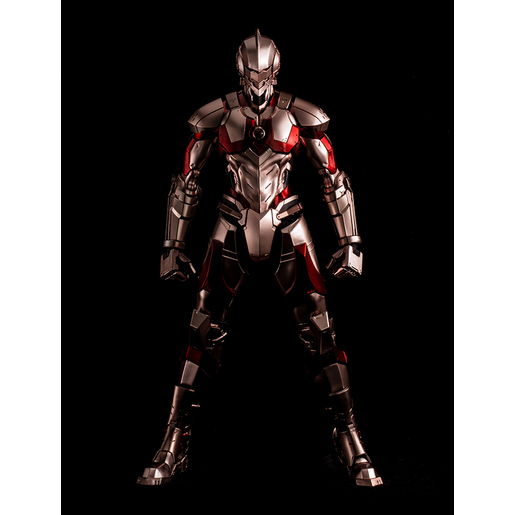 A truly indulgent figure, with Shinjiro's trump card "Limiter Release" move illuminated in red LEDs, and completely covered in a combination of metallic red and pink-silvers specially selected by Sentinel finishing artist Youji Hayakawa for an absolutely perfect replica of the original!

Also included is Shinjiro's Head, featuring eyes that you can actually move!
* Shinjiro's Head can also be used with the previously released 12" HERO's MEISTER ULTRAMAN.
One of our most proud creations - featuring the sculpture, articulation, weight, special features, craftsmanship, and passion that you've come to expect from Sentinel.

- A maximum of 3 of this product are available per person. Orders that include more than this limit will be cancelled.
Order Dates: Orders can be placed between the 1st April 2016 (Fri) from 12:00JST until the 31st May 2016 (Tue) at 21:00JST.
©2011-2016 TSUBURAYA PRODUCTIONS
©Eiichi Shimizu, Tomohiro Shimoguchi
Produced by Fields
詳細
Gentinel Online Shop
User Guide
About Our Shop
©GENTINEL ONLINE SHOP