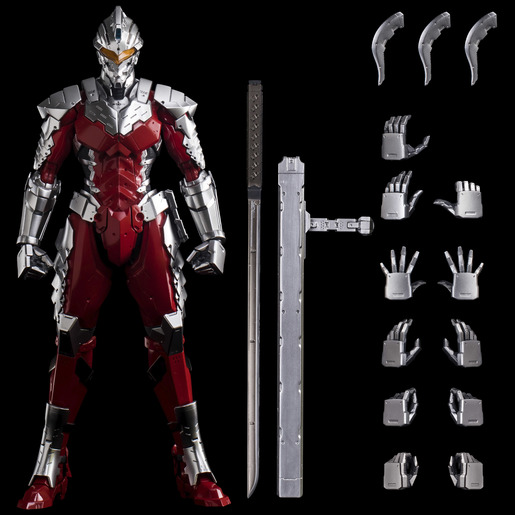 Sentinel (Gentinel) is pleased to announce that the Seven Suit equipped by Moroboshi in the Ultraman manga is joining our incredible 12"HERO's MEISTER series of 12-inch, fully articulated, die-cast metal melded, LED illuminated figures in all its glory!

Not a single color, decal, or other minute detail has been compromised, and we've included a level of articulation that's more impressive than ever.

And make no mistake, every aspect of production has been overseen by Ultraman character designers Shimizu and Shimoguchi.

- A maximum of 3 of this product are available per person. Orders that include more than this limit will be cancelled.
Order Dates: Orders can be placed between the 1st August 2016 (Mon) from 12:00JST until the 30th September 2016 (Fri) at 21:00JST.
詳細
Gentinel Online Shop
User Guide
About Our Shop
©GENTINEL ONLINE SHOP